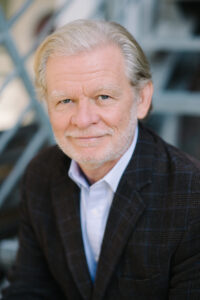 Gara LaMarche is a longtime advocate for human rights and social justice. He is a Senior Fellow at the Colin Powell School of Civic and Global Leadership at City College of the City University of New York, Senior Adviser to The Raben Group, and Senior Fellow at Encore.org, as well as a consultant to a number of human rights and social justice organizations and leaders.

From 2013 to 2021 he served as President of The Democracy Alliance, a group of donors and movement leaders who provide millions of dollars to strengthen progressive organizations, causes and campaigns. During his tenure, the membership of the Alliance has grown and the group has played a critical role in aligning donors to focus on economic inclusion, democracy reform, climate change and equity, and established funding collaboratives to advance civic engagement in states by communities of color and grassroots campaigns for economic fairness and a healthy environment.

From 2007 to 2011, Gara was President and Chief Executive Officer of The Atlantic Philanthropies, an international foundation focused on aging, children and youth, health, and human rights operating in Australia, Bermuda, Northern Ireland, the Republic of Ireland, South Africa, the United States, and Viet Nam. During his tenure at Atlantic, the foundation made the largest grant ever made by a foundation for an advocacy campaign – over $25 million – to press for comprehensive health care reform in the U.S., embraced a social justice framework for grantmaking, and worked closely with governments in several of its geographies to take advantage of opportunities to achieve changes in HIV/AIDS and nursing policies in South Africa, civic engagement and democratic reform in Ireland, a more secure peace in Northern Ireland, and many other areas.

Before joining Atlantic in April 2007,  Gara served as Vice President and Director of U.S. Programs for the Open Society Institute (OSI), a foundation established by philanthropist George Soros.  He joined OSI in 1996 to launch its U.S. Programs, which focus on challenges to social justice and democracy.  During his tenure there, OSI (since renamed the Open Society Foundations) became the leading funder of criminal justice reform, launched and supported a number of fellowship programs in justice, law, medicine and community engagement, established an office critical in the revitalization of Baltimore, and helped create and foster a network of urban high school debate leagues.

Gara previously served as Associate Director of Human Rights Watch and Director of its Free Expression Project from 1990 to 1996. He helped build the organization’s work in the United States and on lesbian and gay rights; conducted human rights investigations in Egypt, Cuba, Greece, and Hungary; and is the author of reports on freedom of expression issues in the 1991 Gulf War, Miami’s Cuban exile community, and the United Kingdom. He was Director of the Freedom-to-Write Program of the PEN American Center from 1988 to 1990, when PEN played a leading role in campaigns to lift Iran’s fatwa against Salman Rushdie and challenged restrictions on arts funding in the United States.

Gara served in a variety of positions with the American Civil Liberties Union (ACLU), with which he first became associated with in 1972 at age 18 as a member of its national Academic Freedom Committee. He was the Associate Director of the ACLU’s New York branch and the Executive Director of the American Civil Liberties Union of Texas. At the Texas ACLU, he led campaigns to provide adequate representation for death row inmates, defend access to abortion, and oppose discriminatory treatment of persons with AIDS in the early days of the epidemic.

Gara is the author of numerous articles on human rights and social justice issues, which have appeared in the New York Times, the Washington Post, the Financial Times, The Nation, The American Prospect, Democracy Journal, The Atlantic, The Huffington Post, The Texas Observer, and The Wharton Magazine, and many other publications.  He has contributed chapters to several books, including the “The Unfinished Revolution:  Voices from the Global Fight for Women’s Rights” (Seven Stories Press, 2012), “What Do We Owe Each Other?  Rights and Obligations in Contemporary American Society,” (Transaction Publishers, 2008), “Legal Change:  Lessons from America’s Social Movements,” (Brennan Center for Justice, 2015) and “Transforming the Culture of Dying,” (Oxford University Press, 2013).  He is the editor of “Speech and Equality: Do We Really Have to Choose?” (New York University Press, 1996), and the principal author of the Human Rights Watch reports “Restricted Subjects:  Freedom of Expression in the United Kingdom,” 1991, “Dangerous Dialogue: Freedom of Expression and Miami’s Cuban Exile Community,” 1992, and “Managed News, Stifled Views:  U.S. Freedom of Expression and the Gulf War,” 1991.

Gara teaches a course on “Authentic and Adaptive Leadership” at the Colin Powell School of Civil and Global Leadership at CUNY’s City College, and also taught at Hunter College where he also served as a leader in the “Eva Kastan Grove Fellowship” Program at Hunter’s Roosevelt House. He has taught courses on philanthropy and public policy and non-profit leadership at New York University’s Wagner School of Public Service, where he was a Senior Fellow. He has also taught  a course on social movements to incarcerated men at Eastern Correctional Facility as part of Bard College’s Prison Initiative and courses on advocacy and civil rights and liberties as an adjunct professor at New School University and the John Jay College of Criminal Justice.

In 2011-12, Gara was the first Senior Fellow of the Tides Foundation, and he spent the spring semester of 2013 as the first Visiting Scholar of the Haas Center for Fairness and Inclusion at the University of California at Berkeley, delivering a series of three public lectures on philanthropy, justice and politics. In 2018 he was a Visiting Scholar at Stanford’s Center on Philanthropy and Civil Society.

Gara chairs the board of The New Press, the public interest publishing company.  From 2012-21, he chaired the Board of StoryCorps, the national oral history organization, and still serves as a member. He also serves on the boards of the Leadership Conference on Civil and Human Rights, the Fund for Global Human Rights,  and the Open Society Policy Center.  He is a member of the Poverty and Environment Advisory Committee for the JPB Foundation, the Advisory Board of Roosevelt House at Hunter College, and the Council on Foreign Relations, and serves on advisory committees of PEN American Center and the Center for Popular Democracy.  He was previously on the national board and executive committee of the ACLU, Vice-Chair of the National Committee for Responsive Philanthropy, and a board member of OutRights (formerly the International Gay and Lesbian Human Rights Commission), the Ms. Foundation for Women, PEN American Center, the Roosevelt Institute, The David Rockefeller Fund, Scholars at Risk and the National Council on Crime and Delinquency, among other groups.

Gara has been recognized as a “Good Guy” by the Texas Women’s Political Caucus and as a Voice for Justice by the Fifth Avenue Committee. He has received the John Dewey Award for Distinguished Public Service from Bard College, the Hubert H. Humphrey Civil and Human Rights Award from the Leadership Conference on Civil Rights, the Progressive Leadership Award from USAction, the President’s Award from the National Council of La Raza, the Champion Award from the Center for Community Change, the Integrity Award from Make the Road New York, The North Star Award from the North Star Fund, The Hugo Adam Bedau Award from the National Coalition Against the Death Penalty, the Social Justice Leadership Award from the Center for Popular Democracy, and the Hope Award from Providence House. From 1988 to 1989, he was a Charles H. Revson Fellow on the Future of the City of New York. He has also served as a judge for the Sundance Documentary Fund, the PEN/Newman’s Own First Amendment Award, the ACLU’s Roger Baldwin Medal of Liberty, the Roosevelt Institute’s Four Freedoms Award, The Samuel Heyman Awards of the Partnership for Public Service, and the Lodestar Foundation’s Collaboration Prize.

Gara is a Westerly, Rhode Island, native and a graduate of Columbia College, and divides his time between Brooklyn, N.Y. and Stonington, Connecticut.  He is married to Lisa Mueller, a non-profit executive and lawyer, the father of Una LaMarche, a writer, and Zoe LaMarche, a nurse, and the doting grandfather of Sam, Max, Leo and Phoebe.