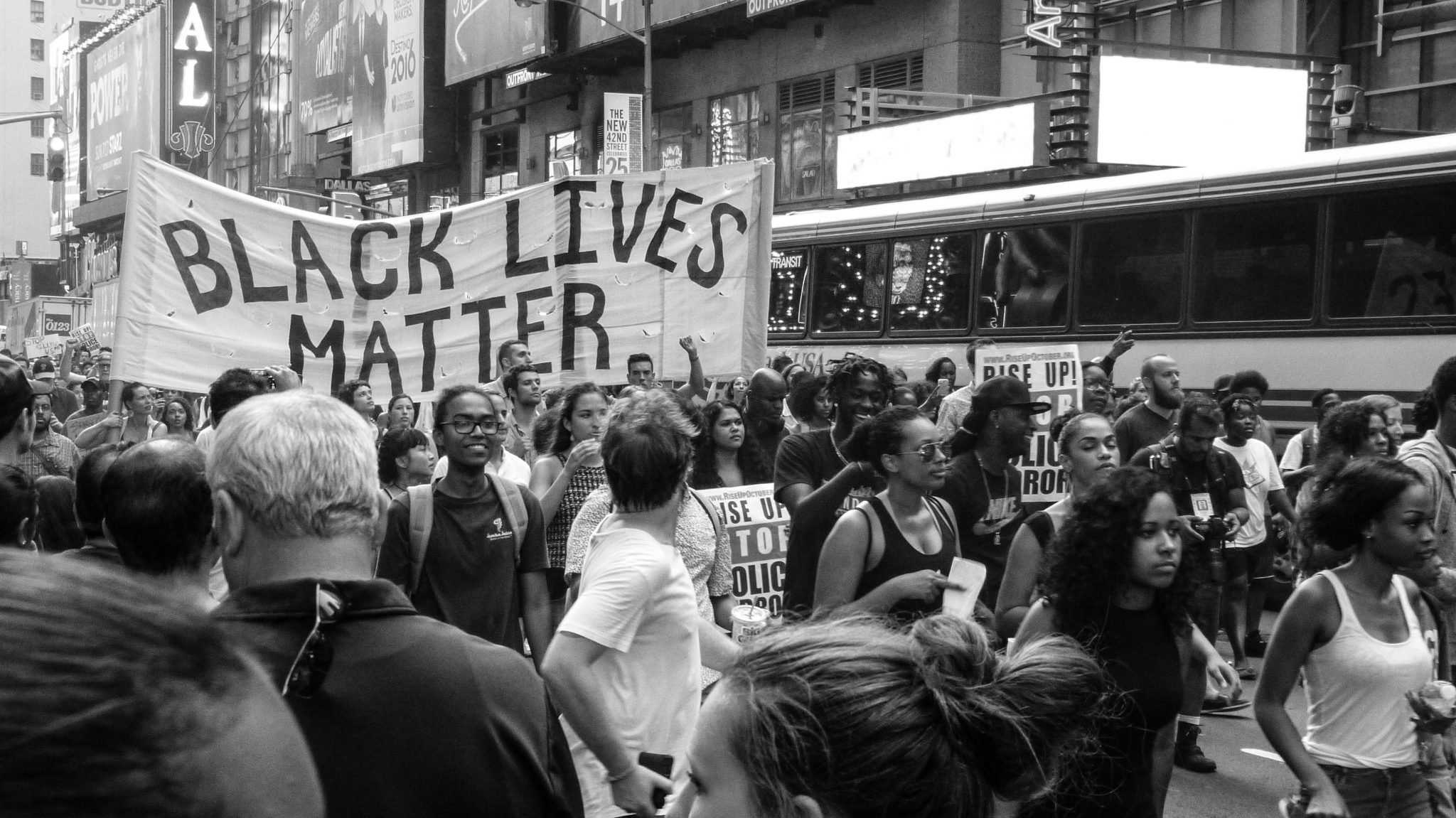 White Supremacist Killings Must Stop. We All Must do More. 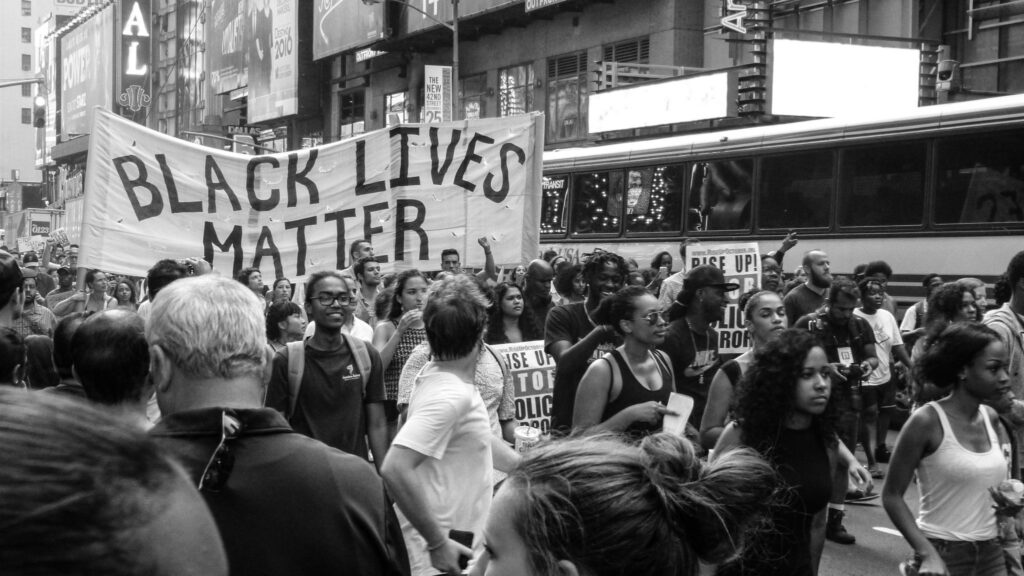 In recent days, these names have been added to the grim roster of African Americans murdered by police or vigilantes with every reason, to judge from our history, from slavery to the present day, to think they can act with impunity as if Black lives do not matter.

The outraged response to these events on our streets in recent nights is wholly understandable, and as disturbing as it is to live in a tinderbox – l live only a few blocks away in Brooklyn from a protest that took a destructive form – it is a sign of our country’s moral pulse that it is taking place at all, that we are not completely numbed to the routinization of extrajudicial execution and subsequent inaction.  But our country is in a severe crisis this morning – in fact, crisis upon crisis, with the health and jobs of communities of color particularly devastated by COVID and largely abandoned by government. I want to make sure we are hearing the voices of Black leaders, and I want to make you aware of some resources and steps you can take this week.

It has been hard to find the words, but of course we must.  My friend Brad Lander, a New York City Councilmember, wrote yesterday morning that  “the starting place for this moment, in general, but especially for white people, is to listen as honestly as we can to Black people about the anger and pain they are feeling, and the system of white supremacy and systemic racism it reflects. That is not easy — because it implicates us, because the anger is so deep, because what it would take to change it is so big. But it must be the starting point.”

The current President is of course a malignant force who both reflects and inflames the most wretched impulses in our society.  Getting him out of office remains an urgent priority. But the fact is, there are precious few places to find moral and political leadership at a time when it is desperately needed.  In this vacuum, I’ve found clarity and inspiration in the voices of leaders in our own community.

Judith Browne Dianis, President of the Advancement Project, calls this moment, “a flashpoint in hundreds of years of subjugation of Black people. Justice is more than arrests and convictions, it’s an uprooting and transformation of the structures and systems that maintain the subjugation.”

Rashad Robinson, President of Color of Change, said on MSNBC Saturday night that, “the fact that a journalist was arrested before a police officer was arrested for killing George Floyd is a sign of how the system over and over again aligns itself to protect police.”

AFSCME President and DA Board member Lee Saunders wrote yesterday:  “If we want to crush systemic racism, this is where we should begin: by registering to vote and bringing down every politician from the top down who has built a career out of stoking racial flames, failing to prepare our nation for this pandemic, and doing nothing as millions more file jobless claims each week.

“We must educate ourselves on where they stand. We must register to vote. And we must destroy the rigged system that has enabled their rise to power.”

Maurice Mitchell, Executive Director of the Working Families Party, whose activism was forged during the Ferguson protests, wrote: “Each of us will respond to this week’s events and the many reminders of the structural violence at its core in different ways. There is no ‘right’ way to respond, and there is no one way to heal through these experiences. There are many ways we can show compassion, grace, patience, and kindness. The sliver of hope in these dark times is in us.

“We do not have to sit idle while more of our family and community members become hashtags and as our elected officials twiddle their thumbs and offer lukewarm condolences or outright indifference to our deaths.”

Mitchell offered some concrete steps for supporting on the groundwork in Minneapolis, as did our friend Denise Cardinal of Win Minnesota, and I’ve listed them at the bottom of this email. The NAM Fund has committed to doubling down on the Emergency Fund to resource in-state power building organizations explicitly for their work to tackle anti-Blackness.  We will work this week to organize funds for these and other groups, and please let us know if you are willing to take part (if you choose to donate to the Emergency Fund, please make sure to specify what the payment is for).

Among the hard truths of this moment –and I believe a key ingredient of the rage, beyond the murders themselves and the blatant racism of the President — is what ostensible allies of Black people fighting for their lives have failed to do.  As Lander says, we are implicated.  Virtually all the places where police violence continues with impunity are led by progressive Democratic Mayors, and some have reform police chiefs and prosecutors. Racist practice is so deeply structural that whatever these leaders say, though they are the antithesis of Trump in most ways, often rings hollow.

And watch the way Trevor Noah shows how “dominoes connect” from Amy Cooper, the white woman in New York’s Central Park who invoked lethal racist tropes in calling the police to warn that a Black man who asked her to put her dog on a leash was threatening her, to Minneapolis police officer Derek Chauvin’s knee crushing the life from George Floyd.  That Amy Cooper’s political donations were to progressive Democrats has not gone unnoticed, and gives cause to Black people for whom every jog or walk in the park is a moment of jeopardy to wonder how many more Amy Coopers are out there, their privilege ready to trigger lethal consequences by the merest perceived slight or inconvenience.

There are some in our community already worried about the political impact of what is taking place in the streets, invoking the experience of those of us who lived through 1968 and saw how Richard Nixon exploited fear and racism to install himself in the White House. If anything is certain about Donald Trump, it is that he will stop at nothing to use pain for self-advancement.  But I do not think now is the time for political calculation, and we must take extreme care not to let a false narrative take hold.  There are already signs, noted by our friend Minnesota Attorney General Keith Ellison and others, that much of the violence may come from those outside the community who may be exploiting the occasion for their own political ends.  In a time when social media is such a flashpoint, and with all we know about disinformation campaigns, foreign and domestic, used to divide progressives, let’s be sure we have the facts before making assumptions.

That said, most of what is happening now, and most of it non-violent, is an organic reaction few can control. What we can control is how we respond. We have to listen to the communities rising up and redouble our commitment to serious policy and structural reforms that will stop police violence and reform our criminal justice system. As I have done here, we have to lift up the voices of Black community leaders and make room for Black people to tell their stories.

We have to maintain our fierce commitment to this even in the times when these issues are not top of the news.  We have to stand in solidarity with impacted communities and support those on the front lines with our dollars and our volunteer time.  We have to acknowledge the pain of our brothers and sisters.  We have to listen and learn more.  And as we do, we have to use our voices and our positions of relative protection to call out white supremacy in every one of its tenacious and pernicious forms.

We need to change the dangerous trajectory of our country and bend it toward justice. What any of us are doing has not been enough.  We have to do more.

If you’re in Minnesota, Georgia, or anywhere else, and you are feeling the need to take action, here are some things you can do right now:

Donate to organizations organizing and providing direct support to communities on the ground. Those include Black Visions Collective, Minnesota Freedom Fund, and Reclaim the Block in Minnesota, and Just Georgia, a coalition of organizers and community organizations on the front lines fighting for the Arbery family and reforms to Georgia’s justice system.

Minnesota Voice is holding space for partners, coordinating supplies and policy. We are working to launch a relief fund in the coming days along with a policy agenda.

People of Color and Women-led
Women For Political Change: Coordinating a majority of the supply delivery across the state
CTUL
Navigate: Supporting latinx communities, especially those located in the epicenter of the protest.
Minnesota Bail Fund: Raising funds to bail out protesters