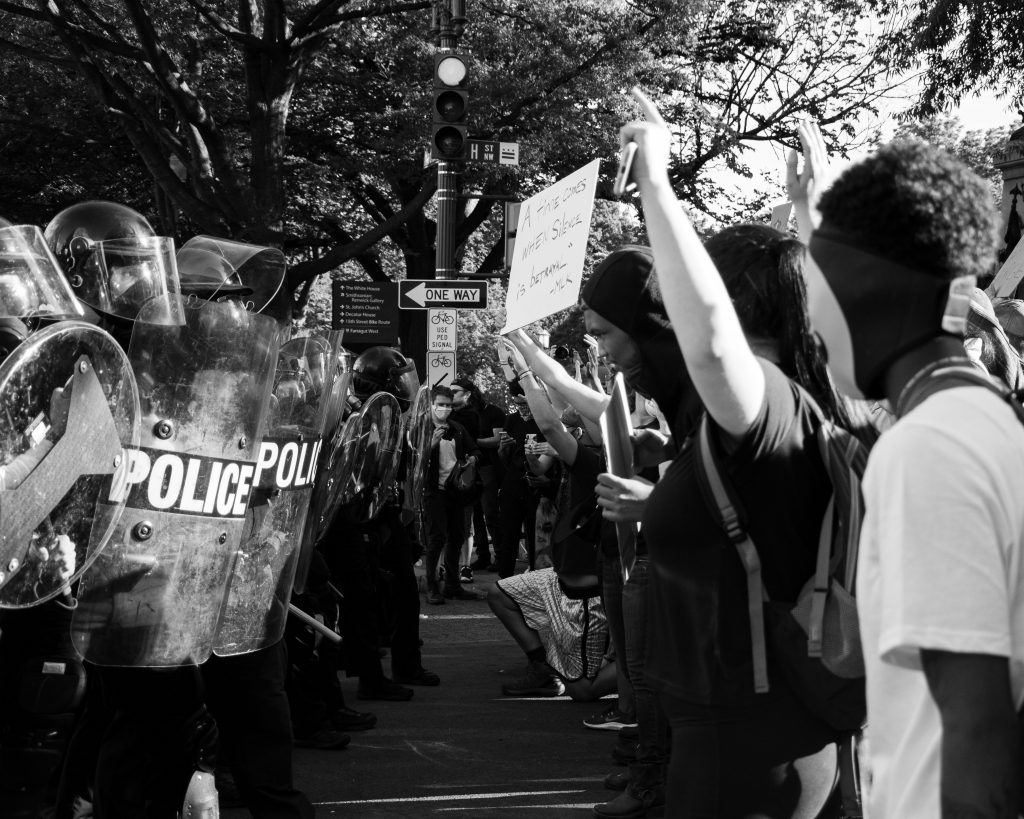 Defund the Police? Abolitionist Movements Have Always Blazed the Way to Change.

It’s not for me to define “defund the police,” the rallying cry of many on the streets at this moment. I take my cue from those fighting for their lives.  Many have lifted up this call because it’s abundantly clear, with yet another murder, that of Rayshard Brooks in Atlanta last week, that the intermittent and incremental reforms we’ve seen since Ferguson aren’t working.

I understand the call. It seems pretty simple to me. Here in America we’ve been defunding schools and food stamps and youth programs and mental health and every other social safety support a just and fair society should have for many years now. It’s way past time for a highly militarized police force, which keeps killing unarmed Black people and sucks up an inordinate amount of taxpayer money — in Minneapolis, for example, THIRTY percent of the city budget! — to be cut back and fundamentally rethought, redirecting the saved funds to investments in communities.

For some activists – and politicians, like members of the Minneapolis City Council, who voted last week to dismantle the police department and start over – it means more.  And that’s fine.  Because radical change requires bold thinking and always has.

I’ve thought a lot in the last few years about what abolition means, as a new generation of activists have confronted the prison-industrial complex, the brutal system of immigration policing and detention, and the structural inequities of the health care system.  I’ve worked for most of my career on all of these issues, and have taken a number of positions that were characterized by many as extreme at the time, like legalization of drugs.  But at times I too have been uncomfortable with the categorical nature of some movement demands.

America’s criminal justice system and exorbitant rates of imprisonment are a disgrace, and the way we treat those fleeing other countries to make a better life here is a stain on the national conscience, particularly in the last three cruel years, but in truth for many years before that, under Republicans and Democrats. Our health care lottery is deeply immoral.  But empty the prisons, open the borders, abolish insurance?  I can’t go that far.

Or can I?  Frederick Douglass famously said that “power concedes nothing without a demand,” but when that demand is loud, clear and bold, power can hear it better. Indeed, every significant bit of social change this country has ever had started with an idea that was seen as well out of the “mainstream,” with more incremental reformers telling the radicals that their maximalist aspirations would set back the movement.

It was true of marriage equality, which only ten years ago seemed to many a distant goal, with even the most progressive President in recent history, Barack Obama, against it. Now same-sex couples can march into the county clerk’s office and get a marriage license from Sioux Falls to Selma.

It was true of transgender rights. Just a few years ago, a trans protester at an Obama White House event was shouted down by many in the assembled leadership of the LGBTQ movement.  But not long after, it became the issue that helped a Democrat topple a Republican Governor in North Carolina, with major corporations using economic pressure to change the state’s benighted policy. And today, even a conservative Supreme Court declared transgender discrimination unconstitutional.

It was true even of movements we now see through the rose-colored glasses of history.  Slavery abolitionists, suffragists and civil rights protesters over the course of a century were all told by ostensible allies they were moving too fast.  The achievements of those movements should teach us that even when what was once a North Star comes to pass, the work remains. Often, meeting a fierce backlash, it gets tougher, as hard-fought gains need to be protected.  Witness the grim procession of lynchings over decades in America after the abolition of slavery, and their contemporary echoes in the two Black men found hanging from trees in California in the past month.

Slavery ended but Blacks were subjected to Jim Crow, segregation and the modern form of slavery that is mass incarceration.  Women got the vote but one hundred years later are paid less than men, vastly underrepresented in business and politics, and routinely subjected to misogyny and violence.  Brown vs. Board of Education struck down segregation, and was followed by a wave of civil rights acts, but to this day the education of Black and white children is sharply unequal, and the streets of the world are filled with protesters demanding that Black Lives Matter.

There is a lot of talk these days about the “Overton Window,” what makes a range of policies “acceptable” in mainstream discourse.  Social movements push that window open. Of course there are differences among and within movements.   Some are absolutist as a matter of principle. I’ve fought against the death penalty for over forty years and have been happy we have won some victories in limiting its scope geographically and in other ways. Every life saved is progress. But that movement can’t be counted as successful until there is no death penalty anywhere.   Others call for ending institutions like police, prisons and ICE because we can’t reform them, or root out their deeply-ingrained racism, without starting over again.

And of course language matters.  Not just because it can be distorted against our goals – polls today show that significant majorities support most of the substantive demands emerging from the streets, but balk at the specific call, “defunding the police,” possibly because, as Anat Shenker-Osorio, a brilliant messaging strategist, has pointed out, we need to say not just what we want to stop but what we want to build.

But let’s be clear on where fierce protest and bold demands have gotten us in the last few weeks?  Houston, Minneapolis and New York moved to ban chokeholds like the one that took George Floyd’s life, and the Minneapolis City Council voted to disband and restructure its police. Meanwhile, Los Angeles and other cities have taken steps to cut bloated police budgets and shift funds to human needs. Democrats in Congress just introduced a broad criminal justice reform bill with support from an array of civil rights organizations. Badges of white supremacy, like statues of Confederate leaders, are coming down everywhere.

The streets are leading politicians and culture-makers.  Boldness is working as never before.  This is no time to let up.