If you know me, you know I’m not a big animal person.  At least not beyond dogs and cats.  I even 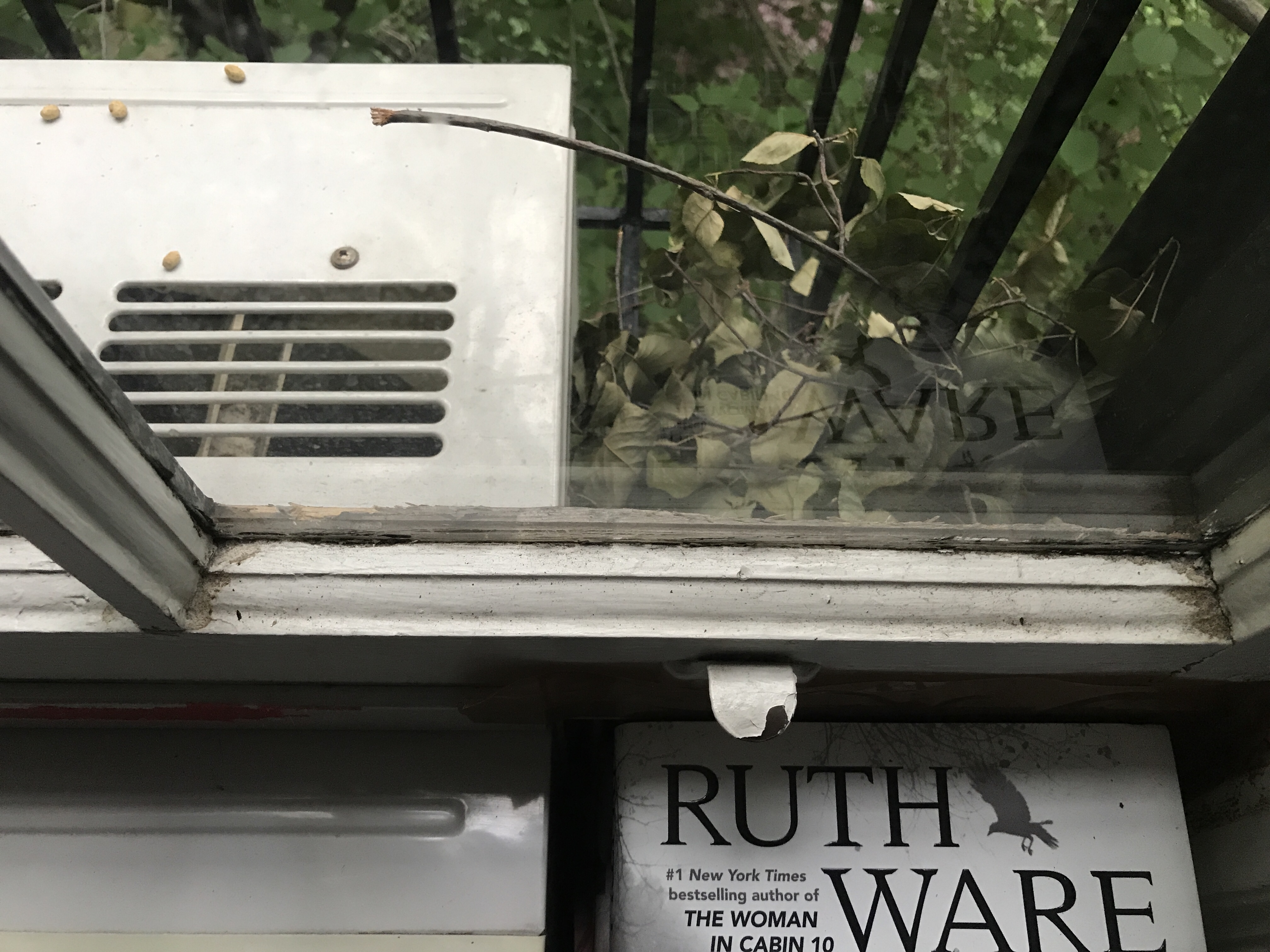 managed to work no fewer than three references into my wedding vows to my mystification at my bride’s comfort level with plowing ahead on hikes in California past warning signs about mountain lions, coyotes and rattlesnakes.

I prefer walks on the beach, where there is no way for predators to hide and no known reports of jellyfish or sharks jumping out of the ocean.

My now-wife Lisa and I have regular debates about safaris.  I know many people who’ve been on one or more, and find them to have been transformational experiences.  She’d like to do it sometime.  I want her to be able to check this bucket list item, and I know the reports of death and injuries of tourists on safari are exceedingly rare, but why tempt fate?  David Attenborough nature specials get you even closer, from the safety of your couch.

I’ve never been particularly bothered by squirrels, though from time to time, sitting on a park bench and watching one scurry past, I’ve wondered why.  After all, they’re basically rats with bushy tails, and like most people, I’m revolted by rats.  But while I’m perfectly comfortable with squirrels in the outdoors, I would not be happy about having them in my house.

Which brings us to the squirrel nest on the window ledge outside our bedroom.  Last year, our landlady, citing some New York real estate code requirement, informed us that she was having elaborate wrought iron window guards installed in the windows where we put our air-conditioners in the summer.  That was perfectly fine with me, since I once offered to help a friend remove an air-conditioner from her window, lost my grip, and watched it smash to pieces on the (thankfully unoccupied) patch of sidewalk below.

So the window guard went in, we installed the air conditioner, and a few days later I was awakened soon after dawn by some scratching sounds on the window ledge.  I got up to look, and a squirrel was in the space between the right side of the air conditioner and the wall, carrying in its mouth (I’ll avoid gender-specific pronouns here, as I’m not that good at spotting squirrel genitalia) small branches from the nearby tree.

It seemed to be building a nest, and was pretty far along – we’d been away for a few days, and a lot of progress had been made.  I wasn’t wild about this, because the only thing between the squirrel nest and the inside of our bedroom was a fairly thin accordion-like barrier.  It wouldn’t be hard, I figured, for a squirrel to claw its way through, maybe even accidentally, burrowed into the nest with a slew of squirrel babies.

Yet I didn’t want to disrupt the nest, because for all I knew there were already squirrel babies in it, and if there weren’t, I felt bad about the idea of forcing the industrious squirrel to find an alternative site with delivery imminent.  So I set about building a little fortress to make sure the squirrels couldn’t break through.  We have a lot of books, so I made a big stack of them on the other side of the thin plastic barrier and weighted them down further with stones.

Some weeks went by, there was a fair amount of squirrel activity, including cheeping sounds (at least I think they were cheeping – in all the children’s books I’ve read to my kids and grandkids, I’ve never come across any representation of a squirrel sound) and eventually the activity died down and the nest was dismantled, either by highly responsible squirrels or by time, wind and rain.

A year passed.  Spring came again and we installed the air conditioner.  Once again a squirrel appeared with a few small branches, and began the nest, as if guided by a foreman. I resolved to nip this in the bud, and went to the internet to see what might deter squirrels.  The internet told me they were repelled by vinegar, and by owls – and since I don’t have an owl around, I figured one of those plastic owls you find in garden stores would do.

I made a trip to the hardware store and bought one of the owls, along with a plastic spray bottle, which I filled with a vinegar solution.  My grandson came over and I enlisted him in the squirrel deterrent operation.  We opened the window and swept out the beginnings of the nest, and sprayed the area with vinegar.  For good measure, we put the owl on top of the air conditioner, closed the window, and congratulated ourselves.

For a day or two, no sign of squirrels.  Then early one morning, while at the gym between sets, I looked at my iPhone and Lisa had texted me:  “I hate to say it but the squirrels are back – one just put out its front paws on the owl and was trying to bite its nose!”

I texted back urging her to spray more vinegar, but I had a sense our goose was cooked.  So much for the owl deterrent.  I’m guessing there was a conversation among our backyard squirrels that went something like this:

“Hey, Frank (I’m assuming for dramatic purposes here that they give each other human names), have you noticed that that owl on the ledge hasn’t moved in three days.  Do you think it’s dead?”

“I was wondering myself, Muriel, let’s go check it out.”

“Jesus, this thing is made of plastic!  Do they think we’re idiots?  Let’s get back to building the nest.”

And so they did, now unmolested by me.  Once again, the squirrels have won.  The books are back.  The owl remains on the sill as a reminder of our fecklessness. And now our salads come with a light mist of vinegar.